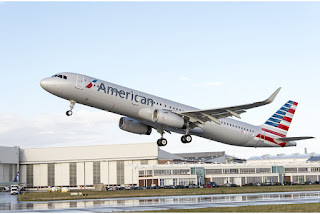 It was a trip that we anticipated for some time and the day had finally arrived for us to leave.  We were flying out of Philadelphia with a stopover in Dallas, then on to Honolulu, Hawaii our dream vacation.  All total we’d be on the plane for twelve long hours.


Once on the plane in the First Class section we were directed to our seats, with hubby on the aisle and me next to the window.  After we reached cruising altitude, the flight attendant handed us our ice tea and we stretched out comfortably in those roomy seats.


We were having a little chit chat when we noticed an arm coming over the top of the seat tapping hubby on his left shoulder.  A man’s voice from behind us muttered, “Excuse me, may I ask a favor?”


Looking back to see who it was Hubby said, “Sure how can I help you?”


“Hi, I’m Don Moen and I was wondering since we are going to be up here for a while, would you mind listening to a new song that I have been working on and help me work out a few kinks?”


Wouldn’t That Be Great? 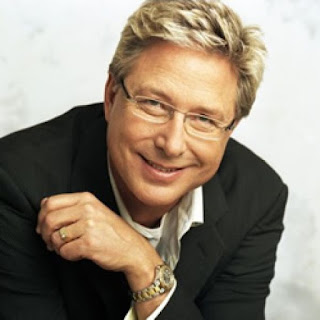 Wow, getting to hear Mr. Worship Leader one-on-one. Wouldn’t that be wonderful if that really happened?
It didn’t, read on…


The flight to Dallas was on a plane that once seated felt like we were sardines stuffed in a mini-can.  I sat next to the window, hubby positioned himself the best he could squished in the middle, with another man seated in the aisle seat.


My broad shouldered husband tried not to squirm by folding his hands uncomfortably in his lap like a second grader that had been scolded by his teacher.  His goal was not to encroach on the other chap and that almost worked.


As we were served breakfast decorum flew out the window.  The third party in this newly formed relationship suddenly became an octopus with his lengthy arms waving around the place. Hubby’s cheeks were filling up like a blowfish and his eyes led me to believe that he was counting the minutes until he could dislodge himself from his “neighbor.”


Once we landed at Dallas Fort Worth airport, we scrambled to make our connecting flight in less than thirty minutes.  The flight was leaving from the last loading platform for that particular airline located at the far end of the terminal.   We had to “boogie” but thankfully made it with about five minutes to spare.


Things to Do on an Airplane


Inside the aircraft it was bright and spacious with all the “sardines” packed in some other plane. The flight attendant pointed to our seats (middle and window seats for real) but stated that the aisle seat would be empty so we were to “feel free to stretch out and use all three seats”.  It was then that hubby jumped to his feet singing the Hallelujah Chorus!  Not really, I just wanted to see if you were still reading, but he did move to the aisle seat.


It was upward and onward jetting to Honolulu with gorgeous sights to behold.  Anyway, we were ecstatic with the breathing room for this nine hour leg of our journey. 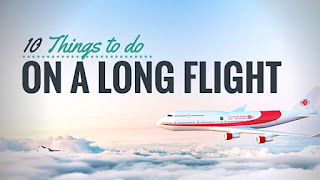 So what do you do for nine hours on an airplane?
I’ve compiled a short list:


10. Finally try to doze off without being a bobble head.


Hubby wasn’t really successful with the last one.  On the other hand, I was prepped for action having taken Dramamine for motion sickness while in Dallas.  It wouldn’t be long before it kicked in making me drowsy.


While I Was Sleeping


Raising the arm rests I moved to the middle seat. Positioning the airline pillow on hubby’s leg, I laid on my side with tucked feet under me stretching across the seat next to the window.  Covering up with a blanket I went out like a light.


Wide-eyed hubby nudged me, “Honey, honey, we’re about to land.  You have to get ready.” 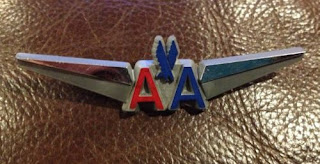 Still groggy I sat up in the seat and saw my husband wearing a silly grin and smiling.  While I was sleeping the flight attendant pinned a set of plastic wings from the airline on my blouse.
Evidently she thought that I was a young girl and gave me wings as part of a “good behavior” gift pack, which included mini playing cards.   The stinker went on letting her think that the entire trip.


Around the World Tour


It had been a long time since I thought of that story, but it came to mind when I started compiling the information I’ve gathered here on Daily Favor.  The total mileage from that particular trip was 5,086 miles (from Philadelphia to Dallas to Honolulu) and took a little over twelve hours to complete. 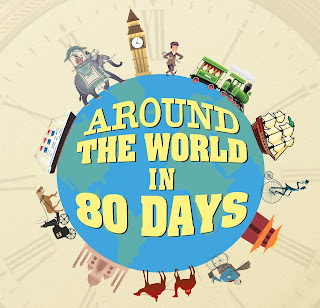 I’ve been able to take a much longer voyage than the flight to Hawaii.  This was an around the world tour that didn’t come with airplane “wings”.


No, not in eighty days like the book depicts, but it has taken five years to trek virtually around the world across the internet with you by my side.


At the equator the earth is 24,874 miles, but I’d have to circle the globe many times to actually visit the thousands of cities of the people who have faithfully followed this blog.
It would take a lifetime to fulfill that task.  This is one of the reasons why I acknowledge those who visit faithfully or are new to DFB each time I post.


I cannot express how truly grateful I am for your love, support, faithfulness and prayers over the years.  With that I’d like to applaud and commend you for sharing Daily Favor to your friends and in reality, the world.


Jesus commanded believers to “go, tell and share” the gospel (good news) of salvation and the benefits that accompany it.  Daily Favor Blog is foundational seed that is supplied through God using the internet. Every time you share this on social media or tell someone about the message of this blog, you unashamedly openly publish the good news and fulfill the command of God.


“And He (Jesus) said to them, Go into all the world and preach
and publish openly the good news (the Gospel) to every creature
(of the whole human race). (Mark 16:15 AMPC)


It’s because of you that nation upon nation logs on each week to read what the Lord is doing for His children.  Obedience like that gets the attention of God and He looks favorably on those who willingly follow His plan.  It shows that we want a relationship with the Master and desire for others to learn of His abiding love, unending grace and unmerited favor.

This happened because of your gracious heart!  Thank you!


Top Ten Visiting Countries
In order from most to least visits over the past 5 years.


This is the actual visitation list of countries/areas over 5 years.


There are currently 195 countries listed (Taiwan is not listed as an actual country) and we’ve reached a great deal of them. However, our work isn’t complete.


You can help us reach even more people by letting others know about what’s going on here at Daily Favor.  Relay the news that Lord willing, we’re about to start a new series on relationships soon.  Invite them along for the journey to God’s favor.


Note: Holy Chair referred to as the See of Rome, a jurisdiction of the Catholic Church in Rome.


So each week when you see this at the beginning of each post:


USA – Or is this where you live?
… please know that with all my heart you are appreciated, loved and very much welcome to join us on the next Daily Favor journey. 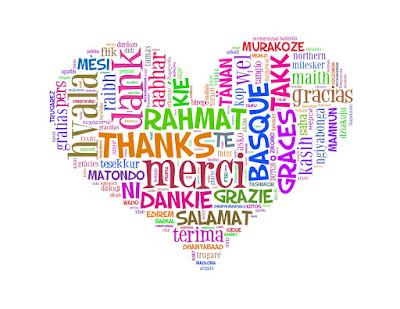 Until next time, share God’s saving favor around the world!


Content and Image Copyright from Favored1. Do not copy.  .
Disclaimer Notes: Results may vary due to lack of belief.
Scripture references provided by Gateway Bible in the New King James Bible Version or as noted.
Image credit: Google Images Creative Common License if not specified.
Image:  American Airlines Airplane  Don Moen  Things to Do on a Long Flight  American Airlines Junior Pilot Wings  Around the World in 80 Days   Because of You  Heartfelt Thank You in Many Languages
Earning My Wings, Daily Favor Relationships, Daily Favor Blog, Favored1, America, Airlines, Christian Living, Don Moen, Teaching Series, Anniversary, Countries in the World, Around the World In 80 Days, Weekly Challenge
Posted by Fay at 6:00 AM 3 comments:

Elsie hadn’t been at her job long before people noticed something different about her.   No matter what the task, she seemed to go the extr... 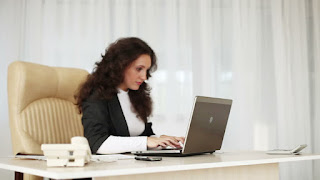 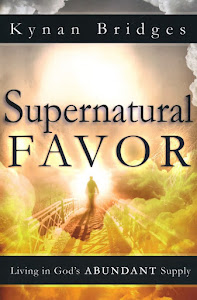