There’s a dim light shining from the kitchen into the living room. I watch my husband breathe through his Bi-PAP machine mask with his legs sprawled out like a frog ready to jump into action.  He can’t get comfortable.

Hoping to be of help, I grab the MSM cream from the bathroom, return to the living room and prepare to massage his swollen legs.  An hour and a half later he seemed to have fallen asleep with some relief.


As I rubbed his lower legs and feet, I found myself feeling grateful for the grace (favor) and mercy that my husband has shown me over the years.


He cares for me like a mother hen - literally, even preparing 99% of the meals.  Being able to smear a little lotion on his aching body for a few hours a night seems very little compared to this daily favor he shows me.


Don't miss out on this week's challenge (below).
Read updates and visit the Q & A or other sections.

It only took a moment …


At 2:30 in the morning I quietly got up from the hassock to go wash my hands from the MSM ointment like the directions suggests.  Not five minutes later I re-entered the LR to find that my husband had already taken off the apparatus like he does almost every night in his sleep.


With my hands on my hips I asked him, “What are you doing?"  He began to laugh and tried to talk his way out of why he removed the mask.  I sat down beside him to see what he was going to do next being half asleep.  Within a minute he dozed off to sleep with the gear in his hand.


Realizing how much the mask hurts his nose (I could have said face, but I won’t go there), I sat in the dark watching him.  It got really quiet, so I knew he had stopped breathing for a few seconds. 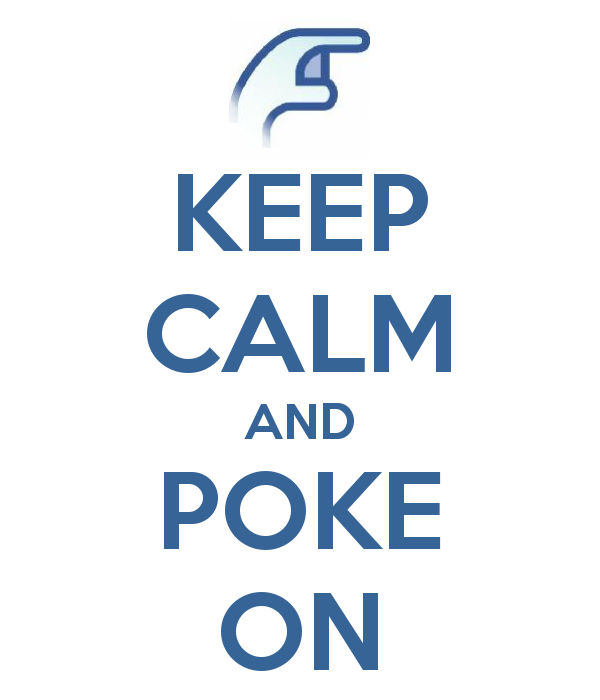 To get him to move without startling him I did something any good wife would do, I poked him (and I don't mean the Facebook kind, even though I got the face part right).


Now you might think I did that with my hand or finger, but no, the moment of opportunity was too much to resist.
Could I say it was a brief time of temptation?  I suppose, but I’d like to think of it as bucking up to the call of duty.


Hubby’s chin began to drop and his mouth opened wide.  Trying not to laugh I looked for something to poke him with … found it!  A two foot, 1/4 inch round red plastic handled sticking device would suit nicely.  Taking the rounded end I gently touched his mouth trying to get him to stir.  Nothing …


Poke, poke, poke … still no movement.  Placing the tip inside his mouth I swirled it around his lips like a stirrer, bopping it on his tongue. While in unbelief that I’m doing this I burst into laughter, but he still didn’t awaken.


You might even say what I was doing was scripture based since he is a child of God’s, and as I was merely trying to get him to breathe …


“You are fairer than the sons of men; grace is poured upon Your lips, therefore God has blessed You forever.”  (Psalm 45:2 NKJV)


(OK, not really, that would be taking this verse out of context.)


Tapping his cheek, ear and the outside of his lips with the stick, he remained unstirred.  Finally, I had to give him a whack on the leg with my hand to get him to move.  Brushing his hands across his face he turned and looked at me.  Quickly, I hid the poking utensil like I was the magician David Copperfield.


Now if you never did anything like this obviously you’ve never been to summer camp or grew up with seven siblings!


Smiling as an innocent child, I asked him if he was going to put that thing on so he could sleep safely.  I got my answer when he got up and read a book!


Come on, don’t think I’m some sort of deranged or mean person, I learned all this behavior from my husband’s creative antics that he has lavished on unsuspecting citizens of Heaven (only he’s much better at it than I am).


The only difference is that he won’t know what I did until he reads this post. (Right now you can say a little prayer for me!)


When I was asking the Lord what He wanted me to share this week, not much came to mind except the overwhelming thankfulness of the grace I’ve received even when undeserved.


Jesus knows that we’re not always going to get things right, but His grace, mercy and favor still remain because of one thing … His love.
It’s love I find in many believers that, like my hubby, forgives me for the wrongs (or mischievous behavior) I do, no matter the reason.
This kind of love causes me to want to live like that; a life that always disperses grace.


The word “grace” is mentioned in the Bible almost 150 times in several aspects or contexts of the phrase or act.  Every person ever born will have received the grace of God in their lives whether they realize it or not.


When I was reading my devotions this week I thought about all the people who received the grace of God during the life work of Jesus while here on earth.  People were filled with joy due to the grace that was shown them in healing, restoring finances, relationships and more.


“And the Word (Jesus) became flesh and dwelt among us, and we beheld His glory, the glory as of the only begotten of the Father, (He is) full of grace and truth.


Yet many of those people forgot about the grace of God as noted in the Bible. Tracing from the time spanning between the triumphal entry to the crucifixion of Jesus, the heart of mankind changed.


How long does it take you to forget when someone has shown you grace or mercy?  One week, one day, one hour?


Thankfully God’s grace is mine, because of the cross Jesus died on for my sins.  When we remember that we have been given the gift of grace through salvation by believing in Jesus Christ, living examples of grace should be what others see and receive from us.

“For by grace you (we) have been saved through faith,
and that not of yourselves; it is a gift of God,
not of works, lest anyone should boast.”
(Ephesians 2:8-9 NKJV)


For those who believe in Jesus Christ as the risen Son of God, the next seven days starting with Palm Sunday, are referred to as Holy Week.  As we prepare for Resurrection Sunday celebrations, I’d like us to remember the grace of God that is ours because of the work of Jesus on the cross.


Is there evidence that we’ve been changed by saving grace?  Grace can change a heart if we live like God’s love is for real.  We want to be like and show Jesus to the “least of these", as we live out God’s grace so that everything we do points to the cross.
When your children get into mischief, don’t blow it out of proportion, but show them grace.
If your co-worker, boss, friend or spouse seems unruly or unfair, remember grace.
While standing in line at the bank, check-out or deli, remember grace while being patient.


No one needs to be pinned to the cross ever again for a sin they’ve committed. Jesus already took care of it, so we can live by and through the eyes of His grace.


We can show the world that grace through love can be theirs too. Let this week be the start of your believing in the grace of God for whatever sins you’ve committed in the past.
Believe you are forgiven by grace, and live like that.


P.S.  Just to let you know …
To be fair I let my husband (aka “his grace”) read this before publishing, while I took refuge in the kitchen. It didn’t help.  He immediately came after me in a somewhat voice of rebuke,
“No wonder I can’t get any sleep. You did that?”
Timidly I replied, “Only twice and not on the same night!”


Once more receiving remarkable unmerited grace and favor, he smiled and asked, “What do you want for dinner?”


Amazing Grace (My chains are gone) - Instrumental with lyrics


Until next time, favor someone with grace.

“The gift of grace is My favor on you.”
Jesus Christ


Content and Image Copyright from Favored1. Do not copy.
Scripture reference was taken from the New King James Bible Version provided by Bible Gateway
Image credit: Google Images Creative Common License if not specified.
Image:  Poke  God's Grace  Grace Challenge
Disclaimer Notes: Results may vary due to lack of belief. Updated 10/5/18; 4/5/20
Posted by Fay at 3:00 AM No comments: