The Next Act of Favor 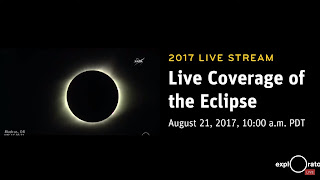 First Relationships:
Man with the World


For the better part of the summer in 2017 people across Northern American prepared for the great “Solar Eclipse” of the century.  Scientists have claimed that “this one” will be able to tell them more information about the origin of space, the planets and solar system than any other eclipse in the past.


On August 21stcrowds of spectators flocked to prime locations stretching across the United States for the best seats in the “house” to witness the miracle of a lifetime.  As people watched in amazement when the sun abandoned the earth (the meaning of the word eclipse); the wonder of it all caused audiences to pause for a moment of silence as the moon passed in front of the sun causing light to be blocked out for a few minutes in time.


When the phenomenon came to a close a news reporter spoke these words, “The eclipse was a spiritually moving experience … the end of totality in the United States.”  Listening to this man speak I found his viewpoint on the entire episode so sad.


Instead of listening to negativity, I chose to delight in the goodness of God.  It was part of His plan to allow us to behold another of His wondrous works that was set into motion before the sun and moon were created.  Supernatural occurrences beyond man’s ability or understanding proved once more that there is still a Divine hand ruling over all creation.


What is it inside of man that drives him to establish a relationship with the universe outside our boundaries, and is it interfering with the original plan of God for favor with humans?


I am so thankful for your visit and hope that you come back each week to participate in the weekly challenges.  Join us in our new series as we spend time in the study of Daily Favor Relationships.


You are welcome to leave comments or prayer requests below.  All are private. I would love to hear from you and how Daily Favor has worked in your life.  Contact me by leaving a message in the box at the bottom of this week’s post.


Don't miss out on this week's challenge (below).
Be sure to visit Tell Me, Q & A or other sections.
I Got the Shot …


Thousands of travelers became instant shutterbugs in attempts of getting that perfect shot of the once in a lifetime experience – the solar eclipse of the century.  Not one person alive will ever again get to witness such a historical event … this was it. 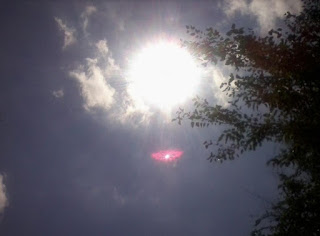 My husband and I were among those who “tried” snapping away hoping something would show up on the camera. Something did … but it wasn’t the eclipse.

Perhaps some of those eclipse chasers would say, this appears to be an UFO sighting with what we caught on film.
Family, friends and foes did their best to capture creation on film for posterity sake.  Some weren’t so successful, but loved being a part of the making of history and added their two cents (some maybe a penny’s worth) to the whole ordeal.

This is one of my favorites with the camera reflecting back on his face.  It made me smile, especially since it was a family member who posted it first!  So funny! 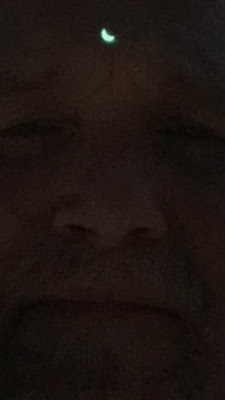 One Small Step for Mankind


With our persistent interest in the planets, has man actually taken a step backwards forgetting what God has set before our eyes here on Earth? 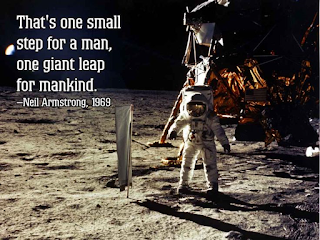 Astronaut Neil Armstrong offered this comment in an interview at an Apollo 11 mission press conference in 1969 when responding to why mankind has such a fascination with space,


“I think we're going to the moon because it's in the nature of the human being to face challenges. It's by the nature of his deep inner soul … we're required to do these things just as salmon swim upstream.”


Earth waited in anticipation as Mr. Armstrong spoke his first words from the lunar module in outer space after landing on the moon at 4:17 p.m. EDT on July 20th, 1969:


“Houston, Tranquility Base here. The Eagle has landed.”


Stepping outside of the craft placing one foot on the unknown surface he went on to declare:


“That's one small step for [a] man, one giant leap for mankind.”


What they didn’t realize is that man’s desire to understand the unknown has been around since the beginning of his existence. 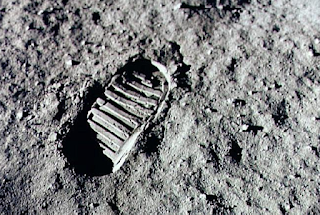 The awesomeness of God’s handiwork continues to amaze and enthrall us even after 6,000 plus years of sin and curses taking place on earth.  With so many things to look upon, it’s hard to fathom that the world was even more beautiful when Adam took his first steps.  He didn’t have to leave the planet to see the favor of God painted on the canvas of heaven and earth.


When man met God his world was already laid out for him with blessings in position for his entire life.  Before man would even take one step to leave his footprint, every place he/she stepped was already declared good. God didn’t need man to say another word, because He already claimed His works to be good, pleasant, acceptable and favorable for man’s existence.


Any giant leaps would be that of “stepping out in faith” with Adam learning to trust His Creator.  If God wanted man to take care of the moon He would have formed him of moon dust.


Although it’s not sinful for us to want to “explore” things we do not understand, it is a sin not to tend, care for and be caregiver of what we were given – earth.


The Next Act of Favor


This week my husband and I have had extensive conversations over the way mankind views favor and dominion.  What does it really entail?


We are told the explicit order in which God laid out the plan for this world and its inhabitants.  As the Godhead spoke of creating the race of man, the direction he was to take included what he was to do here on this planet we know as Earth.


Let’s refresh our memory with what happened before man took his first steps in Genesis 1 starting with verse 26.


”Then God said, Let Us make man in Our image, according to Our likeness; let them have dominion over the fish of the sea, over the birds of the air, and over the cattle, over all the earth and over every creeping thing that creeps on the earth.” (Genesis 1:26 NKJV)


Did you notice that the first act of favor came before man?  First He specified that this favor would be given to man, which is referred to as “them” meaning male and female in the race of man.  There is only one race.


Second God does something that He never did before and has never done since – He turns over authority by giving dominion (leadership, power) not only over the animals, but over earth and the animals.


God never gave man dominion over the universe which includes heavens.  So have we missed something in disregarding authority and lordship over the land in which we actually were given?


In the beginning God created the world …. Almost anyone can quote this, but what they don’t realize is that the first relationship this world had was actually Jesus. 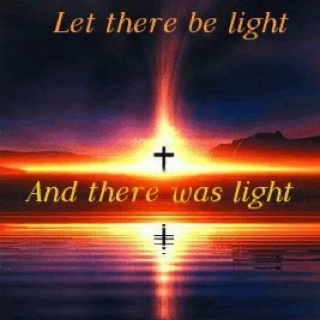 On the first day of creation God sent Jesus … Light, not light as in the sun.  The SON of God came to this earth dividing the darkness of satan from the Light. The planets and solar system weren’t created until the fourth day.


"Then God said, Let there be light; and there was light. And God saw the light that it was good; and God divided the light from the darkness. God called the light Day, and the darkness He called Night. So the evening and the morning were the first day.” (Genesis 1:3-5 NKJV)


“Then Jesus spoke to them again, saying, “I am the light of the world. He who follows Me shall not walk in darkness, but have the light of life." (John 8:12 NKIJV)


Before all things there was Jesus, and the Light of God is to be our focus. 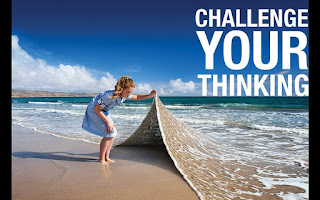 Think on This Challenge:
Has the Moon Covered the SON?


My point in all of this isn't to judge the space race, but to throw a zinger into your traditional way of thinking when it comes to understanding our relationship with God, the universe and one another.

When God created the universe it was to bring glory to Him, but He also designed it as a tool to assist the favor man would need in having dominion.

Our daily relationship should be with the Holy One of Wonders beyond our galaxy, not with the galaxy.  He alone is LORD over Heaven and earth, including the eclipse!
Has our curiosity for the unknown led us astray as it did with the first man who set foot on earth in God’s garden?  Has the Light of Jesus given to us from Salvation been overshadowed by the darkness of sin?


Think about it and share your thoughts will others.


If this article has encouraged or helped you, please consider sharing it by using the social media icons provided at the end of this post.


Until next time, God’s favor reaches to the farthest galaxy!


“My favor was created for man.”
Jesus Christ


*Unless noted, the names in articles are changed to protect the individual(s) privacy.


Note: Emphasis is given in some scriptures to show clarity or understanding and is not to take away from the inspirited Word of God.


When used, the words satan or devil are not capitalized deliberately, because we give him no place in our lives.


What’s New This Week: Click on the photo or link. 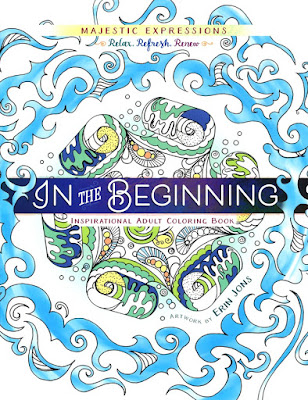 
As always, all proceeds from this site go to Christian charity.
Follow Favored1 on Facebook, Twitter, You Tube, Pinterest and Hub Pages Articles.
Maybe you don’t know the Living God that I know, but would like to have this kind of favor in your life also.  Click on the above tab “Tell Me” for more information on becoming a child of the Savior.


Content and Image Copyright from Favored1. Do not copy.
Disclaimer Notes: Results may vary due to lack of belief.
Scripture references provided by Gateway Bible in the New King James Bible Version or as noted.
Image credit: Google Images Creative Common License if not specified.
Image:  Neil Armstrong Quote  Footprint on Moon  Jesus Light of the World