Favor to the Humble 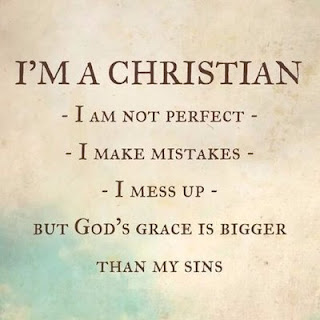 Any writer in their right mind comes upon times when they simply want to avoid certain issues concerning their personal lives.

However, as I promised a few weeks ago, there are topics I believe all people shouldn’t shy away from when it comes to living a life that God honors.

Let me fill you in on a few details and then I’ll continue.

My husband made another visit to the hospital for three kinds of tests, one of which is to check if the Digoxin levels are too high causing nausea.  I don't really understand the other tests yet, but I'm sure they'll fill us in on the details soon.  By the way, his leg is healing great from the recent surgery.

While out doing errands, hubby has had some challenges of his own. There are times when people aren't very kind if he's moving a bit slower than they want when he's using a cane.  That brings me to sharing a side of our lives that is a little more private.  Besides being on topic, I feel that it's Biblically correct and necessary for Christians to speak-up and defend the righteous.

Leaving the doctor's office (that we had to travel a great distance to) we decided to get something to eat before the long trip home.  While standing in line to order our meal, a young man foolishly made fun of my husband making some unkind remarks and laughing in an effort to humiliate or embarrass him.

It didn't work and this man found the grace of God that day, because he didn't know the strength or abilities of my husband.  Having a hard upbringing, Hubby was the kind of guy that would beat the stuffing out of someone, then pull you up and lay hands on you for healing.  To put it mildly in his terms – he doesn’t do “stupid.” 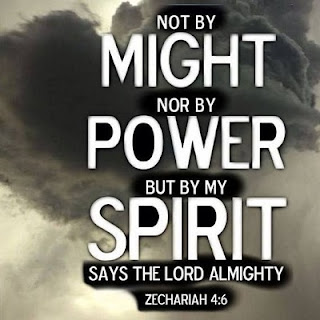 Being redeemed by the Blood of the Lamb, the hubster has learned to refrain from certain past behaviors so that his testimony will not be ruined by responding to his feelings.  Just because we are Christians doesn’t mean that we don’t get angry.  The difference is that when tempted to give in to those natural flesh emotions, we are not to let ourselves fall into sin by acting out on them.

God has given us the ability to show others grace and forgiveness in difficult times.  He didn’t say we’ll always like it or find it easy to do so, but we are empowered by the Holy Spirit favor to do it anyway.

Stripping the lad of any power over him, quietly hubby moved aside diminishing his attempts of belittlement, and let the person go behind the counter of the establishment.  Apparently, he worked there and was about to start his shift.

Taking A Stand for the Righteous


The woman taking our order noticed what happened but didn't say anything.  Sheepishly turning her head, she quickly went about trying to fill our order without making any eye contact.

I could see that she felt uncomfortable over the situation, and felt the need to say something knowing at that moment it would be scripturally correct.  Wisdom led that it be short and to the point; God would do the rest.

After paying the bill I leaned over the counter and spoke to the cashier in a timid manner.

"You might not be feeling that great either if you've had ten operations."

Instantly stopping what she was doing her jaw dropped, "Are you serious?"

Nodding my head, I gathered our order and we left the facility.  As we were leaving, her speech turned as sweet as cream with an apology to follow.

There's a reason I wanted to share this with you.  October is National Anti-Bullying Month, and although it's toward the end of it the action never ceases.

Please don't be fooled into thinking that this type of conduct only happens to kids, because it doesn't.  Bullying occurs in every race, religion, at all ages and to a both sexes.

Hurtful words and harmful behavior happen at all ages, and even though hubby isn't old, he is proof of that.  That person saw the cane as a sign of weakness, but was obviously mistaken in his view and belief.

Maybe if hubby was old he’d have used that cane like Santa in Miracle on 34th Street did and pop that bugger on the head … but he didn’t.  (I wonder if that crossed his mind; I’ll have to ask him.)

He doesn't usually need a cane, but that day hubby did due to riding in the car for such a long time causing his leg (the surgery one) to swell.  If that individual walked past my husband any other day he'd probably steer clear of him.

A warning to those who bully.  Don't think because a person doesn't lash out or try to get revenge that you are off the hook.  Someone is watching and waiting - God.

He sees it all and will turn the situation around so that those who are mocked are shown favor, while the mocker receives shame or public embarrassment.

“The Lord’s curse is on the house of the wicked,
but He blesses the home of the righteous.
He mocks mockers, but He shows favor to the humble.
The wise gain respect, but fools receive shame."
(Proverbs 3:33-35 CEB)

This incident may not seem like anything big ( I gave the shortened version), but it does demonstrate a “type” of hate crime between generations or those with disabilities (even if temporary).  Bullying happens in more ways than most people realize, and at all levels from verbal to actual physical abuse.

There Is A Cause


There are two specific issues that I'd like to address when it comes to bullying.  It’s not unusual for us to read, see or hear about bullying that goes on around us.  Christians get bullied and believe it or not, Christians bully.

In this case my spouse didn't do anything to warrant aggression toward him, and it had nothing to do with his faith.  However, in the past teen-hubby learned to bully from being bullied – through his pain he gave pain.  My husband came from a background of being bullied, and as he grew taller and stronger in anger he used to respond the wrong way.

It was through God’s grace that he learned to recognize the reasons for the bad actions and types of bullying.  He came to understand that all of it is a result of something that had nothing to do with him.

As in every action, there is a cause and effect.  Hubby experienced the effect.  He wasn’t the cause of why this boy acted in that manner, but reaped the result of how the person learned to respond like he did.

Along his path to righteousness through Christ Jesus, my husband learned to  make Favored Decisions to change his own behavior even though he was hurting.  Only through the journeying with Jesus do we gain wisdom, knowledge and understanding for receiving His Daily Favor on our lives.

Learning not to react to someone else’s bad or bitter behavior is key to understanding the grace (unmerited, undeserved favor) of God.  It’s what allows us to demonstrate love and forgiveness to others even when they don’t deserve it.

Beloved, don’t be dismayed but believe.  By not getting angry and showing grace to others, God promises that He will increase grace (favor) on those who are humble.

What is your attitude when it comes to bullying at any age?  How do you respond when you see someone being bullied?

Do you act the same way if it is geared toward an adult as you would if it was a child?  What does God say He will do for those who remain humble during difficult times of persecution?

“And be kind to one another, tenderhearted, forgiving one another,
even as God in Christ forgave you.” (Ephesians 4:32 NKJV) 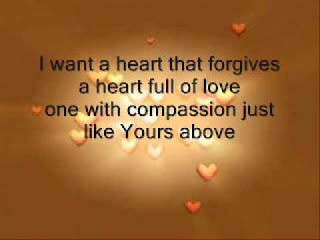 The Bible tells us that we are to be kind one to another and be tenderhearted (showing compassion), forgiving one another even as Christ has forgiven us.  That includes when we are mistreated.

I long to have a heart that forgives, is full of compassion and loves just like Jesus.  This is an attribute of Christ's that I strive for each and every day.  It takes work, but God's and unmerited favor are so worth it don't you think?

It doesn't mean we are to become doormats for bullying as believers, but that we are to let the grace and mercy we have been given through salvation be shown ... and yes, I'm going to say it ... even to the stupid-hearted!  After all, when we walked without Christ wasn't that a bit stupid as well?

Until next time, demonstrate favor through God's grace!

I understand being persecuted and favor the humble heart.
-   Jesus Christ 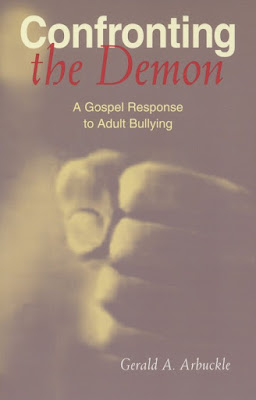 Confronting the Demon: A Gospel Response to Adult Bullying
by: Gerald A. Arbuckle
*Unless noted, the names in articles are changed to protect the individual(s) privacy.

Maybe you don’t know the Living God that I know but would like to have this kind of favor in your life also.  Click on the above tab “TellMe About Jesus” for more information on becoming a child of the Savior.