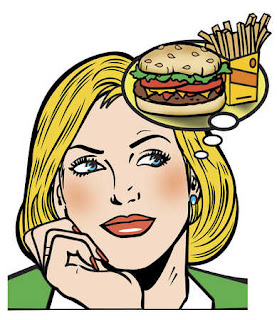 My conversation with the four Texans had taken a turn, mainly on my part because it was after lunch time and we hadn’t eaten.  Wanting to go get a bite was why we didn’t finish our shopping in the first place, which caused us to run into the men anyway.

Blu didn’t have much to say except that they would be eating at some point in the day, but Tris remained adamant that they were fine.  I couldn’t leave it at that based on what Dan had said just a few moments before the lady with the shopping cart interrupted us.

Dan had mentioned that he hadn’t eaten since the previous day and it was going for two o’clock in the afternoon.  Trying to convince Tris that they should get some lunch, once again he insisted they would get something inside the store soon.

I don’t know why I couldn’t let up about this … it’s probably my mother’s fault.  No matter who it was – family, friends or foe, she always insisted on feeding you.   First you meet, then you eat.  "Dems da rules!"

We know that as believers Christ has given us instructions on how to treat others, but He also made it clear as to what actions we are to take when it comes to the brethren of like faith.

“Be kindly affectionate to one another with brotherly love,
in honor giving preference to one another; not lagging in diligence,
fervent in spirit, serving the Lord; rejoicing in hope, patient (preserving) in tribulation, continuing steadfastly in prayer;
distributing to the needs of the saints, given (pursuing) to hospitality.”
(Romans 12:10-13 NKJV)

This is how it reads in the New Living Translation:

“Love each other with genuine affection (with brotherly love),
and take delight in honoring each other. Never be lazy, but work hard and serve the Lord enthusiastically (with a zealous spirit, excited to serve).  Rejoice in our confident hope. Be patient in trouble, and keep on praying. When God’s people are in need, be ready to help them.
Always be eager to practice hospitality.”  (Romans 12:10-13 NLT)

My husband and I knew how God would have us care for these boys to men disciples in new ministry.

"... that there should be no schism (division) in the body (of Christ),
but that the members (believers) should have the same care for one another." (1 Corinthians 12:25 NKJV)

We learned that the money from what they sold bought their meals while they were away from home.  At that point we offered to buy them lunch; whatever they wanted.

A few resisted at first until I asked this question. “Do you know what the favor of God is?”  Toby said yes, but Tris just looked at me strangely.  Toby insisted … “Let her bless us!” 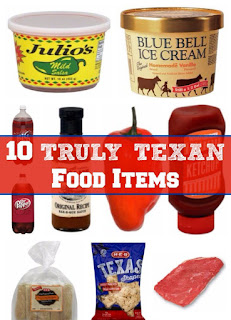 Deciding on where they wanted their food from we wrote down the orders and headed to Burger King.  Upon giving the order we were informed that they didn’t have what the boys wanted.

About then the cashier/checker asked,
“What do Texans like to eat?

Hubby and I looked at each other then I responded to the girl.  "I don't know, we just feed them."

It was decided that he would go back across the street to get a re-order from the boys while I remained in BK out of the heat.  I felt a bit selfish but didn’t put up a fuss since I was so hungry, plus it was nice to be out of the hot weather.

Supplies for the Road

Waiting for my order I found a booth near the window so I could see my husband when he returned.  With nothing to do my mind began thinking about the situation.

At first I was a bit angry but then the Holy Spirit reminded me of something. Jesus sent out His disciples in the beginning of their ministry without money as a test of their faith.  He wasn’t trying to be cheap nor was there a shortage of funds to provide, but instead Jesus was measuring what was lacking in their faith in Him.


"Night and day praying exceedingly that we may see your face and perfect what is lacking in your faith."  (from 1 Thessalonians 3:10)

Christ wanted them to know that He would cause man to show them favor because of their stewardship to the call of winning souls.

By the time they were seasoned in their training (after Jesus ascended to Heaven), people were selling land, businesses and homes in order to bring the money to the disciples so they could continue in their callings.


"Nor was there anyone among them who lacked; for all who were possessors of lands or houses sold them, and brought the proceeds of the things that were sold (to the disciples)."  (Acts 4:34)

They didn't ask people to do this, but the Holy Spirit led them to do so because the work of the cross was so important.  They weren't jealous of the disciples but took part in the work by giving.  Their call was to help send the disciples.

See as part of the body of Christ not everyone is called to "go" in the physical sense as in actually travelling.  However, all are sent to "go ye" in being a part of getting the good news out to the world.

Some individuals are blessed with wealth to give or distribute, while others are called to the laboring aspect as in actually traveling.  There are times when the role is reversed and that's the way God planned it.

The point is, we all have to grow in faith in order to grow in favor with God and man.  When we get this past our brain and down deep into our souls Jesus will give us the supplies we need to carry out the message of the cross – whatever way that may be.

Receive the Blessing of Favor


"I rejoiced in the Lord greatly that now at last your care for me has flourished again; though you surely did care, but you lacked opportunity." (Philippians 4:10 NKJV) 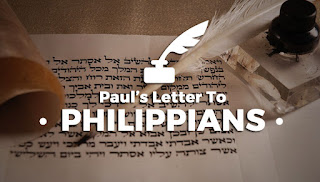 In this letter to the Church, Paul realized the people of that particular congregation (all Saints in Christ Jesus) in Philippi didn't give into his ministry because they lacked the opportunity.  When that changed, they sowed into his work.  Lacking opportunity is quite different than plain lacking in something.

That Saturday in July God presented the opportunity for us to sow, and it provided a way for those young men to see God's faithfulness through His children.  These individuals ranging from ages 16-40 were at different levels in the program, but all experienced the favor of God from man.

Each one handled being blessed with favor quite differently.  One didn't want to accept it.  Another stood silently not knowing what to do, while another was excited and ordered a big meal.  Only one really embraced the concept of what was happening and let us bless him.

The young man with understanding encouraged the others to receive the blessing.  Not allowing us to bless him, he would actually be stealing our blessing because God can't bless those who don't bless others.

Growing in Faith and Favor

The disciples learned to trust God by faith in meeting their needs.  When they did, they grew in favor with God and man lacking nothing.  If we trust the Lord to provide and follow in His footsteps, He promises to bless the work we do for the sake of the cross.

When Jesus is the reason for our work His favor will always be with and on us.  Our steps are blessed and He will make sure we lack nothing.

The Message of the Cross 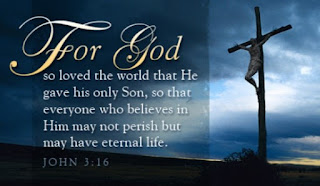 As a believer in the Work of the Cross, you have probably learned by now there are many ways to “preach” the redemption gospel.  Selling handmade crosses was the approach these boys used to tell their story of coming to Christ.

For those of you who haven’t come to accept Jesus, you can rewrite your history right now.  God’s gift of salvation favor (grace) is free, all you have to do is receive it by faith.

“For God so loved the world that He gave His one and only Son,
that whoever believes in Him will not perish but have eternal life.”
(John 3:16)

Today if you put your trust in Christ; He promises to forgive and forget the past that you desperately want to leave behind.  You can do it by saying this prayer sentence by sentence.

Friends, God won't always tell you to go feed the people who are selling things on the street, but if and when He does, do it.  By helping someone else's ministry your faith will grow, and God will cause man to show favor in your calling.

Remember, when God gives you the opportunity to share the message of the cross in witnessing (and He will) always …

It had been several weeks since we visited Burger King and met the four young disciples for Christ.  They’re still receiving “Cross Favor” while out selling crosses across America, but something new has changed around here.
Texans were among the first to decide whether or not the new Burger King selections were tasty enough to give them a try throughout the worldwide fast food chain of restaurants.

Evidently what Texans like to eat matters … the spicy hot Jalapeño Burger is now on our Burger King menu!

Until next time, “Cross” favor is always on God’s menu!


“I favored you while on the cross.”
- Jesus Christ
New This Week: 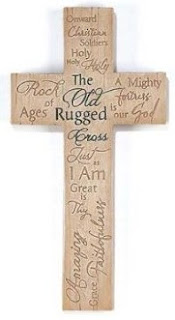 Content and Copyright from Favored1. Do not copy.
Disclaimer Notes: Results may vary due to lack of belief.