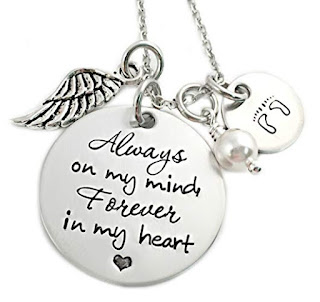 Who knew that so much would transpire in such a short amount of time?

Although I was a Christian quite honestly, I can’t quote Willie Nelson and say Christ “was always on my mind” as a teenager.  There were plenty of other things to sing about that year.

It was a rather exhausting summer come to think of it.  I was fresh out of high school when … “he offered me marriage”.  As a matter of fact, it was graduation night when my boyfriend asked my father for my hand in matrimony.  That didn’t go over well with either of my parents.

Although it was an exciting time for me, let’s say things didn’t go that well for some time after that, which brings me back to my story …

The driver of the oncoming car was going so fast that he smashed into the passenger side of the Camaro, driving my knees up into the steering wheel.  He hit me so hard that the car was pushed across two lanes of traffic, spinning it around to the direction I was headed in before I made the turn!

The moment my spouse to be saw and heard what had happened, a wave of shock came over him causing his adrenaline to kick into high gear.  “Dear God, NO!”

Making an about face in the parking lot and sending stones flying everywhere, he raced his car back to the railroad intersection.  Pulling off onto the grassy shoulder of the road, he jumped out of the car leaving his door open and sprinted to his "beloved" (aka me).

The accident was so loud that it could be heard from inside the building where my fiance’ worked. Immediately one of his co-workers ran back inside and called the police.

The huge battering ram that the guy was driving and the high speed at which the impact occurred, had smashed most of the passenger side of the Camaro with major damage to the area where the gas tank was positioned.  All that was going through his mind was,

“I needed to get her out of that car before it blows!”

Before my sweetheart was even next to the car he started calling:

Feeling quite dazed by the impact I wasn't thinking all that clearly. For a few minutes I didn’t move wondering if I should or even could.

Reaching the car my intended tried to open the door, but it was jammed shut by the car's twisted frame.  Getting a good grip with both hands, he put all his "umph" into it pulling the noisy door open wide enough for me to slip through into his rescuing arms.  Lifting me out of the crashed vehicle ever so gently, he took me back to his car to wait for the police to come.

Within a short time, the accident site was surrounded by on-lookers, good Samaritans and tons of police!  There was barely room for anyone to move around let alone access the situation.

You might have thought they were giving out free tickets to the circus instead of an accident with all the action that took place that afternoon!  Calmly casing the scene, the police went to work and started questioning everyone … even some who actually weren’t there when it happened.

The Report & The Lying Driver

The police finally got to the other driver and the lies that were trickling out of his mouth were getting to be a bit much to handle.

“She pulled in front of me.”

That’s odd, since you weren’t there when I started my turn I thought.  He must have come out of the parking lot of another nearby business. 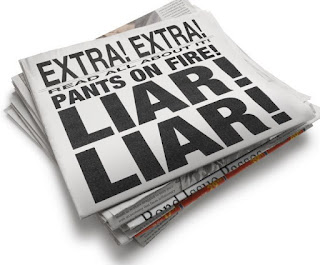 I could see that the officer was tiring of his showmanship when he abruptly stopped the man and asked,

"If the young lady cut you off as you say she did, then where are your skid marks?"

More lies ensued when the best one spilled out like a rushing river.

As my hubby-to-be was standing by the police officer while questioning that fellow, another man suddenly showed up and began walking around.  Apparently, he knew the driver.

Pointing his friend out to the officer, he professed that he was his witness having been there to see the whole thing!  There’s only one word to sum up that statement … Liar!

He had a witness?  According to him, this guy saw everything and would attest to it, but he had to get to work and left before the police could question him.

The funny thing is that this witness showed up after the accident and came from a different direction so that he couldn't have seen anything.  Something the man from the accident didn’t know was that my fiance’ knew the guy and could confirm the fact that he wasn't there at the time.

After the police had all their information one asked if I needed medical assistance.  Not giving it any thought, I said no in responding to the officer. At that time my knees hurt, but there was only a small cut on one of them.

My soon to be hubby insisted that I go to the emergency room and be checked out for any injuries that may have occurred since the car was hit extremely hard.

That day I experienced the protective favor of God surrounding me like a shield, when to look at the wreck … well, you can imagine just how bad it was.

I'm so glad that even when God wasn't always on my mind, I was always in His heart and in His sight!

“For You, O Lord, will bless the righteous; With favor You will surround him as with a shield.”
(Psalm 5:12 NKJV)

When I realized what happened I began to cry, not because of how I felt but the fact that the car was totaled!

Did I tell you that the car was a butternut-yellow Classic 1967 Chevy Camaro with a black vinyl top? Oh yeah … Ouch! 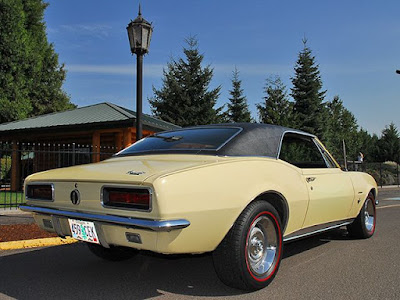 I also neglected to tell you that it wasn’t my car but a friend’s. He let me borrow it for a job interview knowing that I was meeting my fiance’ afterwards.  You see, I didn’t own a car but used my mother’s when I needed it.  My jobs were within walking distance.

The story is far from over and trouble with my Dad just doubled!  That friend worked for my father!

Come back to read what happened next in the sight of God and man!

Until next time, live protected surrounded in God's favor!

Content and Images: My Heart,  Liar,  Camaro  Copyright from Favored1. Do not copy.  6/29/18
Disclaimer Notes: Results may vary due to lack of belief.

Be Nice to Jersey Week

Welcome to Daily Favor where

Every child of God experiences the goodness of the Lord.  Some refer to it as blessings, but in reality it's His Daily Favor and that's why I created this website.

Spend quality time learning and studying about the favor of God.  Check out the current trending favored article(s) on the right, or the top interests of fellow believers under the most popular read posts.  Subject, musical artists or author word searches are listed at the bottom of this site.

Use the Bible study topics from the topical word search for small group or individual spiritual growth.

Browse through the hundreds of articles and read more about how you too can live in the Favor of God.  (Click here: Tell Me)

Follow Fay on social media or her other blogs, and share these articles of faith with someone today!

Until next time, Favored Blessings

Unless noted, scripture reference in series was taken from the New King James Bible Version provided by Bible Gateway.  Image Creative Common License if not specified.