You find the most interesting people selling things outside of supermarkets, at least hubby and I do.  Last Saturday was no different.

When we entered the building storefront as usual it was clear, easy access with no one parading near the walkways pedaling merchandise.  How quickly things change in a short time.

While leaving the store to our left I saw a boy wearing a tee-shirt with “Team Jesus” printed on the front.  Now that got my attention, and out of curiosity you know I couldn't help but wonder what this kid was selling.

I continued to the left while hubby kept going straight toward the parking lot.  Yep … she did it again!  It’s the story of his life my husband tells me!  He turns around and I’m nowhere to be found.

Realizing that I wasn’t behind him hubby makes an about face only to find me already engaged in a conversation with the young man.  This wasn’t my husband’s first rodeo for this sort of thing.  He absolutely recognizes the equation:

Knowing me this could take a while, so he backed up to a pole, braced his foot on the cart and settled in for what he knew would be a long wait.
Sign, sign, everywhere – no signs

Walking toward the teen I noticed a display behind him. It held intricately carved and painted wooden crosses. They were designed in three specific sizes some bearing inspirational sayings like “hope” or the “cowboys prayer”, and others with spiritual quotes or references from the Bible.

Nonchalantly circling around the oversized cross presentation, I baited the seller with questions appropriate for the situation as a perspective buyer.  Okay … he never saw it coming.

Some questions were about the well-crafted merchandise but my main interest was, “Who was he representing?”  Sure, he had a sales pitch but the large four-sided wired exhibit had no sign anywhere on it.  What was this all about, and why a cross?

Not long into our conversation I learned the names of the crew that were sent out on a mission to sell crosses that day.  There were four people representing a men’s discipleship ministry from Texas aging from 16 – 40.  Two were stationed at each entrance of the building.

When I asked about the lack of a sign, the sixteen-year-old member (who was in charge of this end of the marketing) explained that his boss said, “The work of the cross is all they needed.”  I couldn’t disagree with the statement, but the actual identification of the discipleship program was indeed different if he wanted to sell anything ‘round these parts (in our city anyway).

Contradicting his rebuttal, I pled the case that a sign would increase sales by reinforcing the point that I didn't even notice the crosses, but his shirt was the drawing point to his display.  People want to know about the place or cause in which they put their money.

Although I’m not a Texan, it didn’t take long for me to lasso hubby into the situation.  He should have known better being married to me!  We were in this for the long haul … or at least until one of us learned our part in showing favor to these travelers to this fine state!

Around two hours into our conversation we had met the entire crew and heard their inspiring testimonies of how the cross of Jesus delivered them out of their addictions and tragic lifestyles. Now we knew something about the program and why the handmade crosses were so important to each of them.  A sign would have given information, but their words spoke the message of the crosses they were boasting. 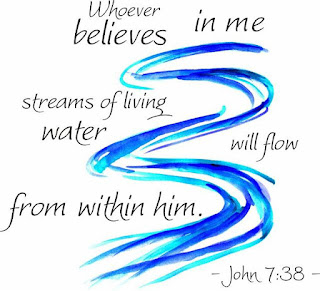 During our what might have looked like a vigil of sorts, when leaving the store an elderly lady came up to us and said she had noticed the boys standing in the sweltering heat without anything to drink.

Turning around she marched right back into the store purchasing a 24 pack (case) of water and returned a few minutes later toting it in her arms.  When I expressed my feelings about her kindness it was as if a confess all switch had been turned on and soon we learned why.

“My sister served the Lord and just passed away. You don’t know how long you have so I figured I better get doing it ….”

She didn’t stop there but went on inviting us to meetings a local church was holding over the next few days.  Not only was she seeking to serve by showing favor in blessing the men with fresh drinking water for their earthly bodies, but the message of the spiritual Living Water found only through Jesus was pouring out of her mouth.

Nothing but the Cross

Feeling comfortable in our short fellowship with the “new disciples,” as we learned more about each young man I asked some rather innocent but obvious questions concerning basic equipment needed to carry out this ministerial task effectively.

“Why are there no umbrellas or coverings to protect you from the scorching hot 99-degree weather?

“You serve standing outdoors at each entrance for twelve hours. Why are there no chairs to sit and rest throughout the day?

Tris, the youngest of the group, explained that they were told that it would give an impression to the public of “laziness”, therefore – no chairs, no umbrella and apparently nothing but the “cross” to carry them through the day.

As he was telling the reason behind all they were or weren’t doing, one of the men came over and pulled out the money from a plastic container that was placed at the foot of the cross rack.

I couldn’t dispute his statement “nothing but the cross” either, however based on experience suggested to Dan that he leave something in the money jar to encourage people to give into their cause.  He took my advice and threw a few bucks back into the pail. 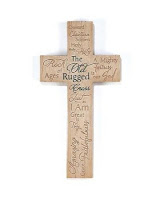 Not long after that a lady came from the other side of the building pushing a shopping cart. She stopped and removed one of the crosses from its position on the rack.

Supporting her purse on the handle of the cart she began thumbing through her wallet looking for the appropriate amount of funds for the item.  I couldn’t help hearing the exchange in dialog and kept silent as the servants of God made their pitch.

With a gleam in her eye she smiled as if she didn’t really expect an answer, saying to the boys who didn’t look prepared for anything …

“I suppose you don’t take debits do you?”

Without giving her a moment to change her mind, grabbing the cross out of her hand Dan joyfully announced, “Why yes, yes we do.”

Sale!  Turning her cart around she followed him back to where the debit machine was located at the other entrance!  Nothing but the cross for this customer.

While Dan was off making a sale, I asked Blu what they do about eating and if they took breaks throughout the day.  Tris assured me that they took breaks if needed and that they would eat later.  That’s when both my husband and I knew how God would have us care for these boys to men disciples in new ministry.

"... that there should be no schism (division) in the body (of Christ),
but that the members (believers) should have the same care for one another." (1 Corinthians 12:25 NKJV)

Come back to find out what happened in part 2 of "Cross Favor."

Until next time, there’s favor at the cross!

When used, the words satan or devil are not capitalized deliberately, because we give him no place in our lives.
Disclaimer: Article information is not meant to be used as treatment for mental or physical issues but is geared toward spiritual awareness. 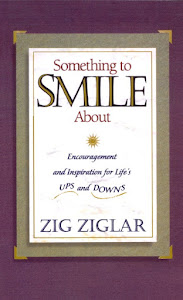 Something to Smile About by Zig Ziglar

Blade was having a wonderful time all by himself.   I could see him prancing around his front yard while his mom and little sister were in ... 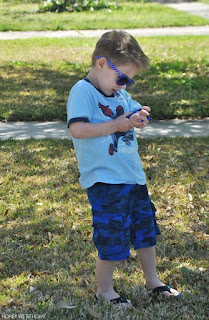 Before You Were Born on AMAZON 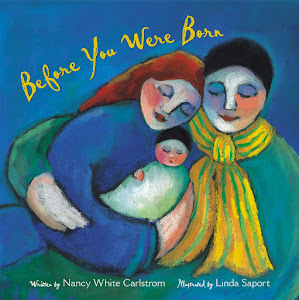 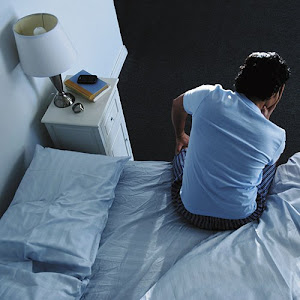 Before There Was You