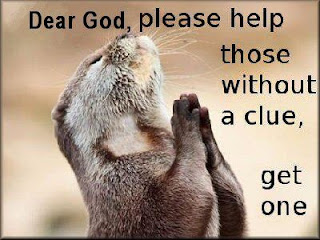 Have you ever been in a situation where you honestly didn’t know how you would ever get out of it unscathed?

As an adult I’ve had plenty of experiences where I called on God to bail me out of it, but as a teenager I didn’t have much under my belt to fall back on in the mess I was in over the accident.

How in the world was I going to pay back my friend for the car I just totaled when I didn’t even have a job yet?  Plus, it would take a whole lot of “stuff” I didn’t have in order to get back in my parent’s good graces.  I didn’t have a clue how all this would work out … all I could do was hope it would.

I am so thankful for your visit and hope that you come back each week as we spend time in the study of God’s Daily Favor "where faith and favor meet"!©

You are welcome to leave comments or prayer requests below.  All are private. I would love to hear from you and how Daily Favor has worked in your life.  Contact me by leaving a message in the box at the bottom of this week’s post.

Don't miss out on this week's new product.
Be sure to visit Tell Me, Q & A or other sections.

Months went by and everything seemed to be settled, when a notice arrived for me to appear in court.  Then a letter from the other driver's lawyer came stating that they were going to be suing for damages and that a witness would be called who had seen everything.

My Dad wasn’t a “real” prayer warrior, but mom was and so was our youth group.  Prayer is something I witnessed and learned to do as a child.  Realizing what we were up against the Lord would have to defend the cause if we were to find favor in winning this trumped up case.  King Solomon’s wisdom was heeded.

“My son/daughter, do not forget My law,
But let your heart keep My commands;
For length of days and long life and peace they will add to you.

Let not mercy and truth forsake you; bind them around your neck,
Write them on the tablet of your heart,
And so find favor and high esteem (good understanding)
In the sight of God and man.

Trust in the Lord with all your heart,
And lean not on your own understanding;
In all your ways acknowledge Him,
And He shall direct your paths. (make them smooth or straight)”
(Proverbs 3:1-6 KJV)

Right then mercy and truth were what we were counting on … mercy of the court and me telling the truth about what really happened that day.

Hubby to be told my father about this so-called "witness" and he decided that it would be necessary to get a lawyer.  He hired a lawyer who was probably the toughest and most feared of any in that portion of the state.  This man was no nonsense, direct and just plain tough as nails.

Everything was set for the court date when we were met with another surprise.  The day of the hearing, "Super Lawyer" couldn't make it and sent confident young "newbie" lawyer to fill in for him.  Dad wasn't happy with the situation especially after forking out money for this attorney that came so highly recommended. I could tell how upset he was which added to my nervousness. 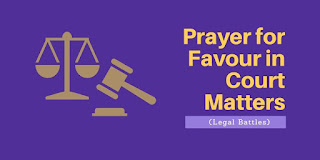 The proceedings commenced and the other driver's lawyer put on a good show.  He spurted out all sorts of charges, details and information that didn’t make sense.

Scripture tells us to go to the Lord and let Him plead our case. Silent prayers in that courtroom and at home were hitting the Heavens rapidly.

“In my distress I cried to the LORD, and He heard me.
Deliver my soul, O Lord, from lying lips and from a deceitful tongue.”
Psalms 120:1-2 NKJV)

No one could understand where he was getting this stuff, and the judge had enough cutting him off in mid-sentence.

When the judge asked about their witness he was told that he couldn't make it but they would go on nonetheless.  I guess the thought of lying under oath didn't appeal to the man.

Then it was "newbies" turn and you could tell that he was nervous.  Not to be disrespectful, but from the moment he opened his mouth and started deliberating you might have thought that he was for the other side.

Listening to the stand-in that was trying to fight my battle in court, scripture couldn’t have been truer with me thinking,

There was no escaping how terrified I was with my defense strategy and I started growing anxious. The courtroom became so intense as everyone listened to my legal adviser who was sinking me deeper in trouble.  All I wanted to do was stand up and stop this man before he had me found guilty and tossed in jail.

It didn’t look like God had heard our prayers. Who then would deliver and fight for me if He didn’t?  God indeed did hear us and would be faithful to His Word without me having to take the witness stand.

“They will fight against you, but they shall not prevail against you.
For I am with you, says the Lord, to deliver you.”  (Jeremiah 1:19 KJV)

Several times the judge looked at me as if it were him standing on trial desperately waiting for someone to intervene to get him out of the entire ordeal.  Tapping his hands on the desk he was getting uneasy with how things were going and wanted to put an end to it.

Picture this … it was so bad that while he was still rambling on the Judge stopped him.  Straightening his back, he sat up in his chair and leaned forward on the desk.  Adamantly interrupting my counsel.

"Is any more of this necessary?  Because I had already decided on the young lady's innocence before you started talking. If you continue, I might change my mind!"

Praying that he would adhere to the advice of the Magistrate we waited for his answer with baited breath.

Responding in a quivering voice, "Oh no your honor, I'm finished."

By now Dad was really unsettled quietly saying, "That lawyer almost blew it for us.  I think I just wasted a lot of money."

Turning his chair toward me, he continued with the verdict.

“Miss … you are not guilty.  No points will be assessed to your driving record and the plaintiff has no grounds for suing for damages or court fees."

When he was finished the Judge chastised the man and his lawyer for wasting the court's time on something that was clearly his fault doubting that much truth had actually come from the statements that they had made.

Gleaming with pride over winning the case, "newbie" smiled and said, "You're innocent, you may go."

Finding Favor in the Sight of God and Man

With the trouble I was in there was no way I could imagine this turning out for my good, but God knew differently and I began learning about His unmerited, unchanging favor on those who love Him.

“… Don’t forget My law, … keep My commands so mercy and truth don’t forsake you;
then favor and high esteem will find you
in the sight of God and man.”
(Proverbs 3:1-4 emphasis mine)

Listening to the guidance of godly elders when I was young, (Proverbs 1:8) I kept the commands of God in my heart not forsaking the truth (of the promises of God and in telling it).  When I did my part, it allowed God to do His in order for us to have victory.

God will stand and fight for us until we are delivered, if we believe He is able to do more than we can ever ask or think.  He will cause your enemies to scatter and fall in the battle! 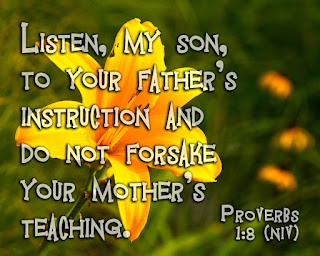 The Lord worked out the differences with my father and his worker (owner of the car), which restored my relationship with both of them.  He caused the finances to come in and also rebuked them from being taken by a liar in court.

God heard the prayers of the Righteous giving favor from a discerning Judge despite all the evidence pointing against me.  Mercy and truth had not forsaken me after all.  He honored and esteemed my police report testimony highly, recognized dishonesty reading between the lines of what people were stating as truth.

“For the Lord God is a sun and shield; the Lord bestows favor and honor. No good thing does he withhold from those who walk uprightly.”
(Psalm 84:11 NKJV)

It has taken many years for me to understand how deep the favor of God really is and how He causes mankind to show it to others.  One life changing thing that I have taken away from this is that His favor doesn’t begin when you can comprehend it, but when you become a child of the Living God.

Now that’s truth you can live by to sing your victory song!

Fighting for Us by Michael Farren

The Battle is the Lord's by Ron Kenoly

If this series has encouraged or helped you, please consider sharing it by using the social media icons provided at the end of this post.

Until next time, let mercy and truth find favor for you.

Note: Emphasis is given in some scriptures to show clarity or understanding and is not to take away from the inspirited Word of God. 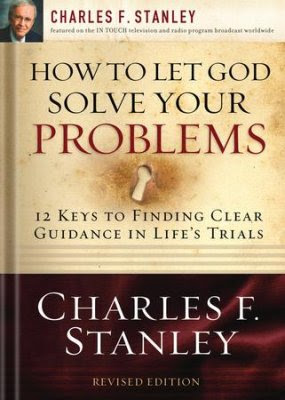 How to Let God Solve Your Problems:
12 Keys for Finding Clear Guidance in Life's Trials
By Charles Stanley (eBook)

As always, all proceeds from this site go toward Christian charity.

Content and Get A Clue  Prayer in Court  Proverbs 1:8
Copyright from Favored1. Do not copy.  7/13/18
Disclaimer Notes: Results may vary due to lack of belief.

I appreciate your visit very much. If this article was a blessing and helpful please share it.