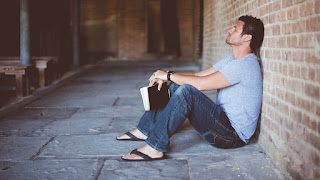 Overcoming obstacles sometimes seems impossible when it looks like all the cards are stacked against you.  By now you would have thought we graduated from adversity like this, but from the way things looked it appeared that wasn't the case.

It was on a Thursday when we received a call from the pain management clinic office to remind hubby of an appointment the next day.  After giving us the details, my husband informed them that once again they had wrong information concerning his case.

Not being satisfied with what he was told I suggested that he call the insurance company, and the attending staff at the hospital.  He needed to talk to those who were familiar with his case before making any further decisions.

Without hesitation that’s what he did.  Who knows if it would make a difference, but at least we tried to do something!
Thanks for joining us on Daily Favor Blog.
Be sure to read News from Fay, updates and visit the Q & A or other sections.

When Trusting God is the Real Issue 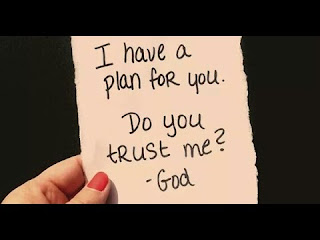 For several months the “problem” had been going on with a particular clinic. We felt discouraged and there seemed no way of resolving the matter.  The department was experiencing changes in staff from the top physicians and were in the midst of re-grouping.

Since my husband had recently been released from the hospital it was vital that this follow-up information on his health be processed and handled correctly.  Knowing this didn’t seem to matter to the person in charge and she wanted to do things her way.

What they were asking us to do was something that went against our faith and what we believed was biblical.  They couldn’t understand and were attempting to cause problems, mocking our faith and beliefs as followers of Christ Jesus.

When faced with the challenge, our conversation led us to question where were we placing our faith.  Was it truly in God, or was it in man?  Either we were going to trust God or not in working this out for our good; it was that simple … or was it?

Trusting God really wasn’t the issue.  The real dilemma was hoping that Jesus would work this out the way we wanted, and was what we wanted what He wanted?

In our nightly prayers we made our request known unto the Lord.

“I entreated (prayed for) Your favor with my whole heart; be merciful
to me according to Your word (promise).” (Psalm 119:58 NKJV) 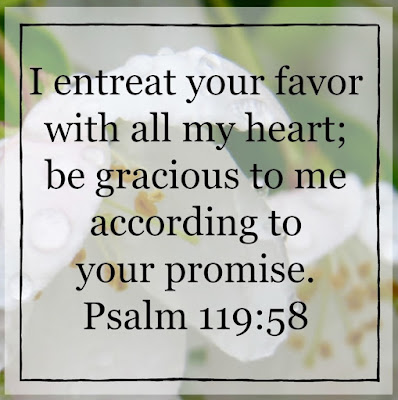 When God Hears Our Prayers

Friday morning came and we had no word from the people my husband contacted the previous day.  I could tell that hubby was trying not to get anxious over the situation when he picked up the phone to cancel the appointment, but we felt this was the right decision.

Upon giving his cancellation notice, the receptionist told my husband that his appointment had been reassigned for later that afternoon with the correct doctor.  She pleaded with him not to follow through with his plan, because everything had been settled.

Settled?  What did that mean?  Of course, we were glad but a bit confused as to what happened and how things changed so quickly.

According to His Word, we knew God heard our prayers the night before and gave Him praise in advance for what He was about to do, but wow … this was fast!

The Turning of Hearts 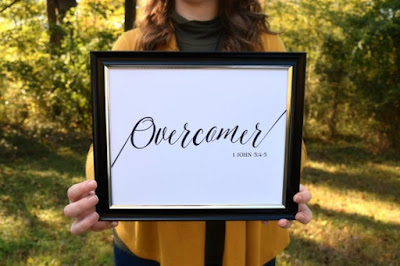 Did you know that whatever you are going through at the moment, with Jesus by your side you can overcome any adversity?  When we place our trust and faith in the Living God, He can take a situation and turn it around in our favor. The Lord will even turn the hearts of those who want to harm you and they won’t understand why they’ve had a change of heart.

“The king’s (those in authority) heart is in the hand of the Lord,
like the rivers of water; He turns it wherever He wishes.”
(Proverbs 21:1 NKJV emphasis mine)

So, what happened?  My husband learned that the vice-president of the hospital personally took over the matter.  How he got the information we don’t know, but God saw to it that he did.

You see, this hospital isn’t like the “usual” kinds of establishment.  Every morning over a loud speaker an unpaid pastor prays over the patients, staff, volunteers and those that will enter the building before he (or she) makes the visitation rounds.

There is something else about this small city hospital that you probably won't see in other care giving facilities of this nature.  Several of the waiting rooms have scriptures posted on the walls, and much of the staff are Christians.

The Spirit of God moved throughout the halls that day making sure the information concerning my husband met up with those the Lord was to use in turning the situation around for our good. We didn’t know how, if or when the Lord would do something, but we knew that the results relied on us trusting God for and with the outcome.

In the past every time my husband had an appointment with this firm, we have waited two to three hours (at least) before getting in to see the physician.  Your day is pretty much spent from merely waiting.

Things changed that Friday.  We met with the doctor and all the necessary paperwork was completed within forty-five minutes!  With God we overcame every obstacle that the devil tried to place in front of us concerning this situation.

Scriptures tell us that those who put their faith in Christ Jesus, will be able to overcome the things that come against them in this world. Belief in Jesus as the Son of God is what causes favor to be released so the ability to overcome is established.

Without Jesus the power of the Holy Spirit is not given for victory.  It’s the favor of God that enables victory for becoming an overcomer.

Instead of catering to fear, we prayed and trusted God to give us victory to overcome the problem.  He did by causing others to show us (hubby) favor.

Maybe this is not what you want to hear, but the truth is God doesn’t say “I’ll remove all your problems, issues or obstacles that try to sideswipe you.” However, He does give us hope.  Let me share this for encouragement.

When we put our trust in Christ, He promises to walk with us safely through the problem making sure it doesn’t overtake or cause us to fail.  This is how The Living Bible states what the prophet Isaiah said:

Anyone who puts their faith in Jesus Christ through salvation is connected to His grace, granting the goodness of God by giving the favor needed in each situation.  No matter the circumstance, don’t let fear be your guide, or it will cancel out the favor that waits for you.

Put your trust in what the Lord can do, not what you think you can do to resolve an adverse situation.  You have God’s promise that He will be faithful to empower those who believe in Him with favor to overcome every obstacle.

Fear Not, For I Am With You (Says the Lord)

“My favor will empower you to overcome adversity.”
- Jesus Christ

*Unless noted, the names in articles are changed to protect the individual(s) privacy.
Note: The words satan or devil are not capitalized deliberately, because we give him no place in our lives. 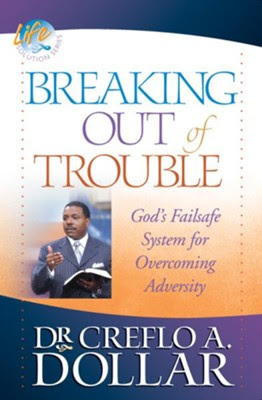